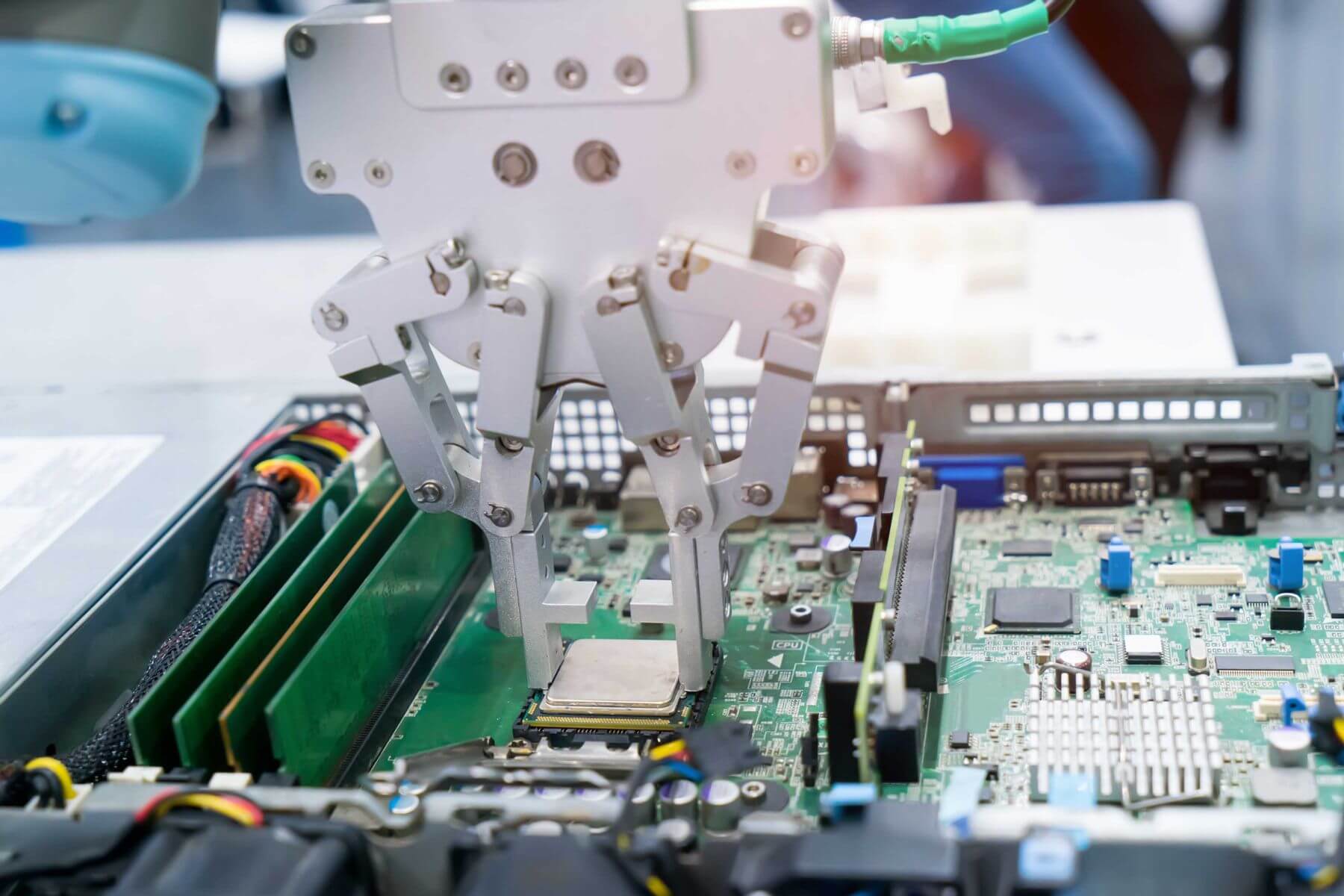 In most industrial applications, robots facilitate high throughput although parts manipulated in those applications are usually less fragile than those found in the electronics and semiconductor sector. Accuracy is an important element in the electronics industry because the parts are much smaller. Precision of locating, placing and assembling parts is critical.

Sparko Robotics developed tools such as vision to support the accuracy requirements in the electronics industry thus making adaptive robotics is a necessity in the electronics and semiconductor industry. Robots pick up and place components into electronic assemblies where the position is not always precisely known or parts cannot be reliably placed without finessing. Adaptive tools such as vision or force control allow the robot to ‘feel’ its way into an assembly, placing parts in a dynamic assembly process.

Robots are used in many ways in the electronics industry. Some of the most common applications include:

While robots may be deployed in many unique ways, the few mentioned above are among the most common. In today’s electronics manufacturing environment, robots can be used at practically any stage of production.

As robots have become more and advanced, they’ve proven their ROI and productivity potential to manufacturers in the electronics industry. Rapid adoption has followed as manufacturers compete to be more productive and undercut the prices of their competitors. Robotic technology will continue to pervade electronics manufacturing in the foreseeable future, creating higher levels of automation in production and skyrocketing demand for industrial and collaborative robots.